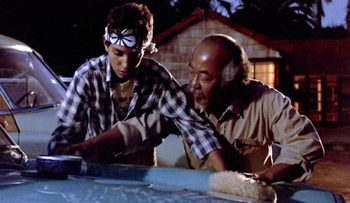 In our September milestone, we did a big polish pass on our first few puzzles to prep them for some near final art. Our other big focus was on the player.

The process we are currently using for designing our puzzles is something like this:

Step 1: Layout the core puzzle (aka critical path) in simple grey box form. Something like this: Step 2: Playtest it and make adjustments until we are happy with this critical path.

Step 3: Rough pass of art, not added by an artist, to ensure that the puzzle still works with the actual art we have for the game (mainly due to size differences). Something like this….

Step 5: Add secondary paths. By secondary paths I mean interesting things to look at and additional gameplay space that could lead to collectibles or just optional content. This………………………..

Step 7: Bring in an artist to fix all the hacked in art, add additional props, lighting, particle effects, post process and, in general, just make it look amazing! Like this……..

Hopefully after this process we have something ready (or at least close to ready) for the final game. This process could be relatively short (1-2 weeks) or quite long (1-2 months) depending on how the puzzle design and playtesting go.

Last month we received our main player character model from the talented team at Ispyr Arts and this month we put the model into the game. This process involved using Mixamo (a website which we’ve talked about in previous posts) to “rig” the model.  Rigging is essentially the process of adding “bones” to the model so that you can move it. Really it’s all just a lot of math behind the scenes. We were a little worried about this process as normally rigging a model can be pretty time consuming and expensive, but I’m happy to report that Mixamo took about five minutes, was free, and worked much better than we ever could have expected. Success!

We were hoping to also use Mixamo as a source for a large percentage of our animations as they had a lot of variety that we thought we would be able to take advantage of. Unfortunately upon importing the animations into Unity, we discovered a flaw.

Many of the animations we wanted to use from Mixamo were movement related animations (specifically turning). On the website, they would only provide you with one direction for the turn (i.e. just turn left).  They do provide the option to “mirror” an animation, which gives the appearance of turning the other direction, but we forgot that when you try to blend animations together (aka mash two animations that are completely different together to make them look good), you always need the same foot to hit the ground first.  By that I mean ,that in the walk left and walk right animation, the left foot in both needs to touch the ground first and then the right foot (or vice versa). When this isn’t the case, the math can’t figure it out and you get a leg that is sort of hovering in the air.

We did a pass of the player camera controls mainly.  This involved mostly adjusting the horizontal and vertical rotation speeds of the camera when using the mouse and balancing similar values for the right stick on the controller. Before this milestone, the game was basically unplayable on controller as we hadn’t put any time into setting up these values for it. We also wanted to polish up the animation speeds for movement, but because we are now going to keep using some animations provided by Unity for the demo, we aren’t going to put much effort into this as it is good enough.

That’s about it for this milestone! Took long to write up this post, but look for another post coming next month.