Internal Milestone 010:
Back in the saddle 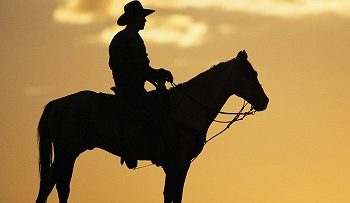 So it’s been quite a while since we’ve provided an update. We were deep in a contract that didn’t allow us any spare time to work on this project, hence the lack of posts. That being said, we were able to get some work done this past month (finally!).

We have been mainly focused on putting together a vertical slice of the game. For everyone that hasn’t heard this term before, it’s basically a polished demo that is supposed to represent the gameplay and style of the final game.

This milestone focused on being able to play through the demo from start to finish with a first pass of all the assets (environment art, characters and animations) that we will be using for the vertical slice. The only thing we don’t have in yet is the main character model. It’s completed and just needs to be imported into Unity and have everything hooked up properly.

It felt really good to get the basic environment art for the game in because doing so resulted in us needing to adjust some of the puzzles and also gave us some good ideas on how to improve them.

We also played around with two new mechanics; “Kill on Touch” and Security Cameras.

Our current name for this mechanic is a bit of a misnomer as it is really just a quick reset of the current puzzle (think Super Meat Boy). We did find that it added some extra tension to gameplay and made it so that you couldn’t just stay on the back hip of patrolling guards once you learn their patterns. This should also work well with the mechanic we showed of in our milestone 009 post about guards being able to hear you if you make too much noise (though this hearing mechanic still needs a lot of polish on our end).

We have been kicking around the idea of having security cameras in the game for a long time but were getting stuck on how they were going to work from a gameplay perspective. A few weeks ago, one of our designers suggested that they be used to notify enemies in your vicinity. This notification would put the enemies into a heightened alert state that increases their vision distance and vision cone radius. We haven’t explored this too much in game, but our tests are very promising (see video below)

For our next milestone, we are planning on focusing on the main player. This will involve importing the raw version of our main player character into Unity, hooking up all the materials and textures properly and then going to work on the gameplay aspects (animations, animation controller, player control, camera control). Our goal was to complete this by the end of September, but it’s been another busy month, so this milestone could get pushed back until the end of October. We’re hoping to start ramping up our development time in the near future and really start making strides towards a polished experience.

If all goes according to plan, we’ll be looking for playtesters of the demo early next year, so if you are interested, make sure to sign up for our newsletter!