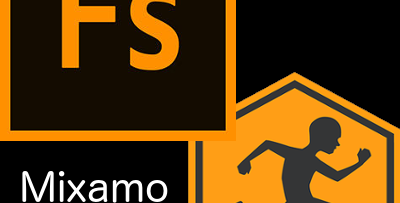 One of the things we were most worried about from a production and budget standpoint was the amount of Non-Playable Characters (NPCs) we were planning on having. One of our levels is currently based in a train station during rush hour. So to be somewhat believable, we knew we would need to have more than just a handful of NPC models. For anyone that hasn’t made and paid for a game to be made before, that means big bucks! We started looking for an alternative to having them all custom made.

First stop, the Unity Asset store. There are quite a few NPC packages available but we weren’t able to find anything that met the quality bar we were looking for (free or paid assets). Panic started to set in….

We found this amazing tool (that is currently completely free!) from Adobe called Fuse and works in conjunction with a website called Mixamo.

Fuse is a windows application that allows you to create custom 3D human characters from an arrangement of presets. The presets include faces, body, extremities and clothing.  There aren’t very much variety in these presets, but the cool thing is that all features of these models and clothing is completely customizable within the tool. Check out the below video by Adobe that explains it really well.

It’s currently in beta and completely free (and all the assets you create can be used in commercial projects for free as well). I’m not sure what the final cost of this software will be once it’s out of beta, but this tool will be invaluable to small indie studios looking to populate their worlds at a low cost.

Mixamo is a website that automatically rigs character models and allows you to apply animations to them (and then export for use in your project). It works in tandem with Fuse and you can upload the characters you create in Fuse directly to Mixamo and start rigging and choosing from their library of animations. The great thing about the animations is that they are also very customizable and you can adjust them to fit your needs. Here is a good video that describes how to use the Mixamo website:

The other great thing about Fuse and Mixamo is that they are already setup with export settings specifically for Unity. It still takes some work to get the characters and animations working in Unity, but it’s a small price to pay. Here is a create video that describes the whole process:

One thing he doesn’t fix properly in this video is the eyelashes. The fix involves duplicating the body material (and renaming it appropriately to eyelashes) and then applying same methods the guy in the video talks about for the goggles.

One thing of note is that “skin” means all the texture and material data, so only export with skin for the base model and not when downloading the individual animations.

Next month will be a pretty slow month as we are busy with some contract work and have some vacation coming up, but I’m sure we’ll make some progress.